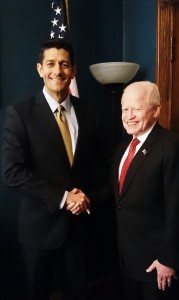 This was disclosed by Ambassador Jose L. Cuisia, Jr. after meeting with senior officials of the three cruise industry leaders during a recent economic diplomacy mission to Florida.

A favorite tourist destination in the northern Philippines, Vigan has been described as “the best-preserved example of a planned Spanish colonial town in Asia” and is the only Philippine city on the list of heritage sites declared by the United Nations Educational, Scientific and Cultural Organization (UNESCO).

At the same time, the three industry leaders, which already employ a combined total of 61,700 Filipino crewmembers, disclosed their plans to hire more seafarers from the Philippines as they acquire more cruise ships to support their expansion plans.

“They have nothing but high praises for their Filipino crew.  They told us that service is in the Filipino genes,” Ambassador Cuisia said.  “Carnival officials even commented that their company will not be what it is if not for their wonderful Filipino crew.”

Labor Attaché Luzviminda Padilla, who was among the Embassy officials who accompanied Ambassador Cuisia in the meeting, said Carnival Corporation employs the largest number of Filipinos with 37,700 crewmen followed by Royal Caribbean with 16,000 and Norwegian Cruise Lines with 8,000.