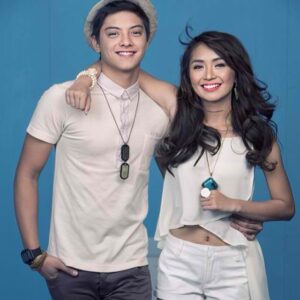 Popular love team Daniel Padilla and Kathryn Bernardo admitted that they are feeling the pressure of starring in the remake of the ABS-CBN series “Pangako Sa ‘Yo.”

Dubbed as the number one love team in the country, Padilla and Bernardo said they feel pressured to give their fans a great show.

“Pangako Sa ‘You” will debut on May 25, replacing the hit series “Forevermore” starring Liza Soberano and Enrique Gil.

Meanwhile, Bernardo and Padilla are still mum on the real status of their relationship.

In previous interviews, Padilla and Bernardo admitted that they have a “mutual understanding.” (MNS)

Maja clears Paulo in her breakup with Gerald