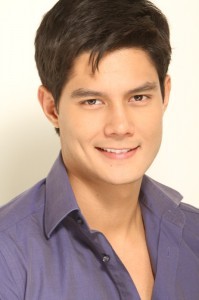 It has been almost six years since Daniel Matsunaga first tried his luck in the country as a model, landing numerous billboards and magazines as well as gracing fashion shows.

Daniel tried his hands at acting but it was his stint on “Pinoy Big Brother (PBB)” in 2014 that made him a household name.

“Sobrang saya at blessed ako. God has been really great. The most I can do is pray and thank Him. Without Him, I am nothing,” Daniel said in a recent interview.

The Brazilian-Japanese actor-model may not have any ounce of Filipino blood in him, but he now considers the Philippines “home.”

“I’m a Filipino na eh, I’m a Filipino by heart so I can say today that Philippines is really my home,” he said, adding, “What I really love about this country is that you believe in Jesus.”

Daniel found greater purpose living in the Philippines, saying that inspiring people through entertainment fulfills him.

“God said I will find my purpose in the Philippines and I can see it now. With everything that I do, inspiring people, God gave me a great purpose,” he said.

Daniel says he wants to stay in the country “forever.”

“Only God knows the future but my plan is really to stay here forever, have my own family and business,” he said.

Having found his lady love in the country is, of course, another “big blessing” for Daniel.

He first met Erich Gonzales on “Kris TV” in 2014. They co-starred on “Two Wives” prior to admitting they are in a relationship via “Kapamilya Deal or No Deal” in June.

“I have been waiting for three years to have a relationship like this. Thank God because finally it happened. I’m super happy,” Daniel said.