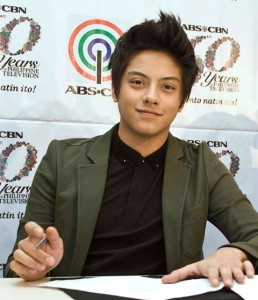 In a surprising move, the AMA Titans selected the actor in the 15th round of the 2014 PBA D-League Draft Monday.

Padilla was the lone pick in the 15th and final round, after the league’s 11 other teams elected to pass.

Tournament director Eric Castro confirmed to reporters at the draft that Padilla is eligible to play for the AMA Titans since he is enrolled at the school.

Castro admitted that Padilla was not part of the 153 players who applied for the draft.

“But AMA invoked its right as a school-based team to sign a player who is enrolled in its school even though he didn’t apply for the draft,” Castro said in the statement.

Filipino-Tongan big man Moala Tautuaa was the top pick of the draft, selected No. 1 by Cagayan Valley. (MNS)

Kylie Padilla, Ruru Madrid reveal they distanced from each other in respect to then partners