MANILA, July 30 (Mabuhay) — Buhay party-list Representative Lito Atienza on Wednesday warned that the proposed restoration of death penalty could be abused by rogue police for extortion.

In a forum in Quezon City, Atienza expressed his concern for the public if the death penalty for heinous crimes is reinstated without reforming the police.

“The police has to be reformed and now we are taking about the restoration of death penalty. How can you have death penalty if your police cannot be depended on. Kawawa naman ang tao,” he said.

During his fifth State of the Nation Address (SONA) on Monday, President Rodrigo Duterte renewed his call for the passage of the death penalty for drug-related offenses.

“I would want my leader, my president…do not just side with the police all the time,” Atienza said.

Aside from this, Atienza said the usual P50,000 worth of lagay or bribe of drug trade leaders to dishonest police personnel for protection from being caught may increase to millions due to the death penalty.

“Let’s not even talk about death penalty under this condition,” he added. (MNS) 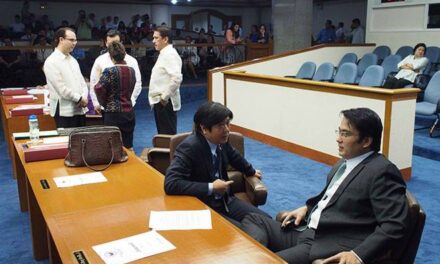