NEW ORLEANS—The death toll in the November 16 explosion and fire that hit an oil platform in the Gulf of Mexico has climbed to three after authorities positively identified the body recovered on Monday (Tuesday in Manila) as that of a missing Filipino worker.

The recovery and identification of the remains of Jerome Malagapo came even as the Philippine Embassy rejected insinuations that the Filipino workers themselves were responsible for the incident that left two others dead and three more seriously injured.

“We are deeply saddened to learn that we lost our kababayan, Jerome Malagapo,”Ambassador Jose L. Cuisia said after he was informed by the Coroner’s Office of Lafourche Parish that the remains belonged to the 28-year-old fitter from Danao City, Cebu.

“We console ourselves with the thought that Jerome has been found and will be reunited with his loved ones,” Cuisia said after he received a call from Mark Goldman, Chief Investigator of the Lafourche Parish Coroner’s Office, after attending the necrological services for Ellroy Corporal and Avelino Tajonera held in Cut Off, Louisiana, on Wednesday morning. 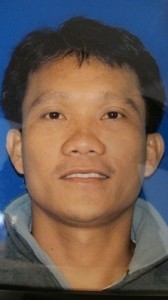 The Ambassador then personally informed Malagapo’s wife, Joanne, his father Francisco and other members of his family of the positive identification made based on dental records submitted on Tuesday night from the Philippines.

Ambassador Cuisia said the Embassy was informed of the recovery of Malagapo’s body as early as Monday but decided not to release any information until the remains were positively identified by US authorities.

Ambassador Cuisia said Malagapo’s body was spotted about 20 miles from the ill-fated platform that he and eight other Filipinos were working on at the time of the incident.

According to the ambassador authorities were initially planning to take DNA samples from his father, also an offshore oil worker here, to identify Malagapo’s body but Philippine consular officials recommended that dental records be submitted itself.

The recovery of Malagapo came three days after Tajonera, a 49-year-old welder from Bataan, died as a result of complications from the serious burns he sustained in the incident that also claimed the life of Corporal, a 42-year-old rigger from Iligan City.

Two other workers remain in critical condition at the Regional Burn Unit of the Baton Rouge General Hospital while the condition of another, Wilberto Ilagan, a 50-year-old welder from Batangas, continues to improve.

During the necrological services, Ambassador Cuisia conveyed the condolences of the President and Foreign Affairs Secretary Albert F. Del Rosario and then joined the employer and coworkers of the two in expressing their indignation over reports appearing in media that the Filipino workers were responsible for the fire.

The reports, which quoted unnamed sources, said the accident could have been caused by the incompetence of the Filipino workers and their poor English language proficiency.

“I will be doing Ellroy Corporal, Avelino Tajonera and the other injured Filipinos a great injustice if I do not speak out and express my disappointment and dismay over unfair insinuations in media that our workers are to be blamed for the accident,” Ambassador Cuisia said in his eulogy.

“The nine Filipinos who were on that platform on November 16 would not have been there if they did not pass stringent training, safety and language requirements both here in the United States and back home in the Philippines,” he said. “These men also have extensive experience in the oil and gas industry abroad and with such giants as Shell, Chevron and British Petroleum.”

In his eulogy, Pregeant also paid tribute to Filipino offshore workers by recalling their contribution in the restoration of Louisiana’s oil production levels in the aftermath of Hurricane Katrina in 2005. “I do not have one customer who has something bad to say about Filipino workers. Let there be no mistake about that,”Pregeant said.

A coworker of the victims, Romeo Capili, also expressed his disappointment over the reports. “It broke my heart to see something in the Internet that we Filipinos are incompetent. If that were the case, probably, we Filipinos would not have been asked to come back and work here since 2005,” he said.

In their response, Edna Tajonera, widow of Avelino, and Elmer Corporal, elder brother of Ellroy, expressed their appreciation for the support extended to them by the Department of Foreign Affairs and the Overseas Workers Welfare Administration and their employers, D&R Resources and Grand Isle.

According to Deputy Consul General Orontes Castro Jr., Elmer Corporal left with the remains of his brother on Wednesday afternoon. They are expected to arrive in Manila on Friday. Tajonera’s remains, on the other hand, will be cremated this weekend and will be brought home to the Philippines by his family at a later date.###