Dementia may be stabilizing in some countries: study 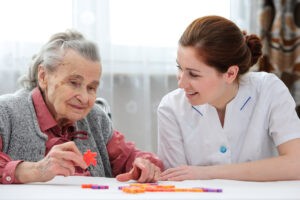 A review of data showed the percentage of the population with dementia holding steady, along with the number of new cases.©Alexander Raths/Shutterstoc

(Paris, France-AFP) – The occurrence of dementia and Alzheimer’s disease may have stabilised in some wealthy nations, according to a study released Friday.

A review of data from Sweden, the Netherlands, Britain and Spain showed the percentage of the population with dementia – the umbrella term for neurodegenerative diseases of the brain—holding steady, along with the number of new cases, said the study, published in The Lancet Neurology.

The findings, however, were sharply contested by other experts.

Researchers led by Carol Brayne, a professor at the Cambridge Institute of Public Health and the University of Cambridge, compared dementia occurrence in old people across two time periods spanning the last several decades.

They found little change across the two periods, and in one case even a small decline, in the percentage of the population affected.

This unexpected trend could be the result of better living conditions and education, as well as improvements in the prevention and treatment of vascular diseases that lead to stroke and heart attack, the researchers said.

“The suggested decrease in dementia occurrence coincides with improvements in protective factors … and a general reduction in risk factors over recent decades,” Brayne said in a statement.

If borne out, the findings are very good news, and suggest that an impending “dementia epidemic” – due mainly to an ageing population – could be less severe than feared.

Approximately seven percent of people over 65 suffer from some form of dementia, a percentage that rises to 40 percent above 80 or 85 years of age, according to different estimates.

But experts reviewing the study challenged the underlying numbers, and cautioned that its conclusions as to why dementia may have stabilized – if indeed it did – are overdrawn.

“While this study is welcome in showing that the percentage of people in particular age groups developing dementia could be getting smaller, the overall number of people with dementia is still set to increase as more people live into their 80s and 90s,” said Jeremy Hughes, Chief Executive of Britain’s Alzheimer’s Society.

“With no cure, few effective treatments and an economic impact exceeding that of cancer or heart disease, dementia remains the most critical health and social care challenge facing the United Kingdom,” he wrote in a comment.

Most Western nations along with Japan – where the over-85 age group is the fastest growing demographic – are facing the same general scenario.

“A wise approach for policymakers – until we have much clearer evidence to the contrary – is to assume that … numbers will continue to increase in line with population ageing.”

Others welcomed the study’s focus on preventative measures.

“Measures to help people adopt healthy lifestyles now could have a real impact on the numbers of people living with dementia in the future.”