LOS ANGELES (Reuters) – Teen singer/actress Demi Lovato, an independent-minded Disney starlet who has battled eating disorders and self-mutilation, has pulled out of a tour to enter a rehab facility, a spokeswoman said Monday.

Lovato, 18, is getting “medical treatment for emotional and physical issues she has dealt with for some time,” a spokeswoman said in a statement. 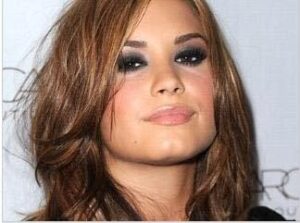 “Demi has a long history of battling these issues. She was bullied in school, has fought through eating disorders, and has struggled with cutting.”

Lovato had been on a Latin American tour with fellow Disney pop heroes the Jonas Brothers before canceling her remaining commitments during the weekend. She dated middle sibling Joe Jonas earlier this year.

The Texan native got her big break as the star of the 2008 Disney Channel TV movie “Camp Rock,” playing a working-class girl who falls for Joe Jonas’ arrogant rock-star character. A sequel came out two months ago.

Her follow-up album, “Here We Go Again,” topped the chart in July 2009. Lovato co-wrote a song about her estranged father, “For the Love of the Daughter,” but it was dropped from the album at the last minute. She collaborated on two other tracks with singer/guitarist John Mayer.

Despite her business links with the Disney starmaking machine, whose other creations include Miley Cyrus, Selena Gomez and Hilary Duff, Lovato has tried to distance herself from the frenzied, bubblegum pop purveyed by her peers and beloved by her fans.

She told Reuters last year that she refuses to lip-synch, even if it makes her sound bad. “I’ve had really bad shows, but at least people know that I’m not lip-synching. And that’s more important to me … It’s definitely not gonna be a Britney Spears-type show.”

But what she really wanted to do was ditch the obligatory razzle-dazzle and sharpen her skills as a serious singer-songwriter.

“I want to get to the point where one day I don’t have to have anything but a rug and a microphone stand on stage and still be able to sell out places like Madison Square Garden, like Bruce Springsteen does,” she said.

Janine finally speaks up after breakup

Get Free Tickets to see Gary V at Pechanga Theater