Ever since Demi Lovato announced last week that she was entering a treatment facility to deal with “emotional and physical issues,” rumors have swirled about just what was happening in the Disney star’s life that got her to that point.

First came rumors of bullying, cutting and an eating disorder, and now a tabloid is claiming that the 18-year-old singer/actress was abusing drugs and alcohol to cope with her personal problems as well as her painful recent split from teen heartthrob Joe Jonas. 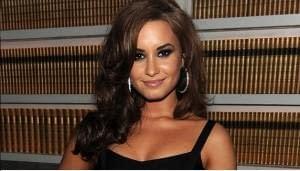 Not so, says Lovato’s rep in a statement to CNN.

“Demi Lovato is not in treatment for drug or alcohol addiction,” says the rep. “As we have said since she entered treatment last week, Demi decided to seek help for emotional and physical issues she has battled throughout her life. She has taken this step in order to get her life in order.”

Adds the rep, “While we know many are interested in Demi and her life, we do ask for a modicum of privacy during this difficult time.”

Vilma stars in “The Healing”