DENR: PHL on track to achieve EITI status by 2015

With comprehensive mining reforms in place, Secretary of Environment and Natural Resources Ramon J.P. Paje expressed optimism that the country was on the right track toward achieving compliant status with the Extractive Industry Transparency Initiative (EITI) by 2015.

Paje made this assessment barely two weeks after the Philippines was accepted as a candidate country to join the EITI, a globally developed standard that ensures more transparency and better governance of a country’s mining resources.

The environment chief said the country’s inclusion to the list of EITI candidate countries, which is a step closer to reaching compliant status, was primarily due to President Benigno Aquino III’s sincerity to reform the mining sector when he issued Executive Order (EO) No. 79 in 2012.

“This latest development is a resounding affirmation by the international community of the administration’s determination to make transparency and accountability as the centerpiece of its efforts to sustain the country’s economic development and advance inclusive growth,” Paje said.

“When President Aquino issued EO 79, the EITI Board must have read the move as an unequivocal statement of the government’s intention to implement EITI,” Paje said.

Earlier, Paje also credited EO 79 for the country’s good showing in the recent global report issued by the Revenue Watch Institute (RWI) where it received a score of 63 out of 100 under the “institutional and legal setting” as a result of its “comprehensive mining legislation” and ranked 23rd overall among 58 resource-rich countries surveyed on the quality of governance in the oil, gas and mineral sectors.

According to the New York-based policy institute, the Philippine government has made “meaningful progress toward improved resource governance.”

During its meeting in Sydney, Australia last May 22, the EITI Board approved the Philippines’ application for EITI candidate status, which Paje described as a “major milestone in the government’s efforts to improve transparency and accountability in the extractive industry.”

Paje said the next step is for the government to “work doubly hard” to achieve EITI compliant status for the country by fulfilling three basic requirements, namely: preparation of EITI report, disclosure and dissemination, and review, and validation.

“Becoming a full-fledged EITI member within the next two years is our ultimate goal,” Paje said.

Paje said being an EITI compliant is important for any resource-rich country because it would result in improved revenue collection and boost investment climate.

EITI is a global standard for transparency in the mining sector that involves the reconciliation of company payments with government receipts by an independent administrator and disclosure of that information to the public. The process is managed by the government with the active involvement of partners from industry and wider society.

Under EITI, all companies engaged in a country’s mineral sector report what they have paid to the government, and then the government reports what it has received. The reports from the companies and the government are compared by an independent auditor and make up what is called the country’s “EITI report.”

There are currently 23 EITI-compliant countries in the world and 16 EITI candidate countries, or those that are working to reach compliant status.

Initiated in 2002 by then British Prime Minister Tony Blair at the World Summit on Sustainable Development in Johannesburg, South Africa, EITI is recognized  as a useful tool for resource-rich countries like the Philippines to better manage their natural resources and ensure that the extractive industries make positive contributions to the improvement of economies of host communities during the development process. 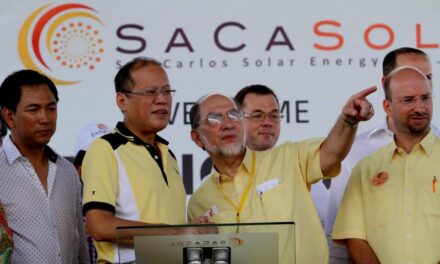