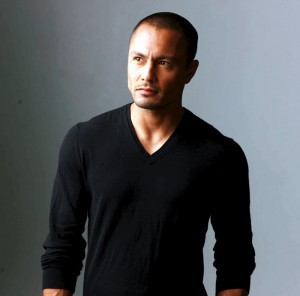 Judge Eugene Paras of Makati Regional Trial Court Branch 58 posted a photo of himself flanked by the estranged couple with the caption “They finally settled [smiley]“.

On Saturday Paras confirmed the news to an entertainment news site but clarified that he did not preside over the settlement. However, he said Ramsay and Jolly had indeed officially buried the hatchet “in one of the family courts of Makati” around 2PM on Friday.

Paras noted that the details of the compromise agreement are “private and confidential”. Neither party has issued a statement since Friday, although both Ramsay and Jolly sought media coverage of their previous court appearances.

In July, Jolly sued Ramsay for violation of Republic Act 9262 (Violence Against Women and Their Children), declaring that they had married in civil rites in Balagtas, Bulacan on April 3, 2002. They reportedly separated five months later but the brief union bore a son, Austin Gabriel Ramsay, now 11.

In September, as Jolly was about to file a scathing 21-page reply-affidavit in which she accused her husband of psychological violence, economic abuse and physical violence, Ramsay convinced her to join him in a closed door meeting with Makati Prosecutor Erwin Dimayacyac, without their respective counsels.

After the meeting, both parties told media that they had agreed to work out a settlement for their son’s sake.

However, the hostilities resumed on October 8 when Jolly filed a case at the Paranaque City Prosecutor’s Office accusing Ramsay and his former girlfriend, Angelica Panganiban, of concubinage.(MNS)

Jake bent on getting better

Bea Alonzo responds to netizen asking when she’ll marry and have kids: ‘It’s not a race’