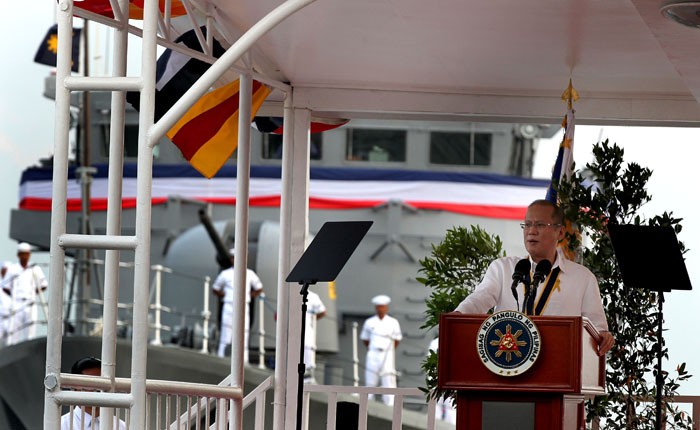 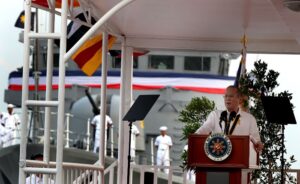 President Benigno S. Aquino III delivers his speech during the Philippine Navy Change of Command and Retirement Ceremony of Vice Admiral Jose Luis Alano at the Capt. Salvo Pier in Sangley Point, Cavite City on Wednesday (April 30). The Commander in Chief appoints Rear Admiral Jesus Millan as the 34th Flag Officer in Command after his predecessor Alano retires from the military service. Millan is a member of the Philippine Military Academy “Sandigan” Class of 1982. (MNS photo)

MANILA (Mabuhay) – The United States is bound to defend the Philippines in case of an attack in disputed territories in the South China Sea, Foreign Affairs Secretary Albert del Rosario said Wednesday.

In a statement, Del Rosario sought to put to rest any doubts that the US will aid the Philippines should the latter face external armed threats in portions of the South China Sea also being claimed by Beijing.

Manila has adopted the name West Philippine Sea for parts of the waters that are within its territorial boundaries.

“Under the Mutual Defense Treaty (MDT), the United States will come to the assistance of the Philippines if our metropolitan territory is attacked or if our Armed Forces are attacked in the Pacific area,” the DFA chief said.

“In 1999, in a diplomatic letter, the United States affirmed that the South China Sea is considered as part of the Pacific area,” he added.

The letter Del Rosario was referring to was by former US Ambassador to the Philippines Thomas Hubbard to then-Foreign Affairs Secretary Domingo Siazon sent on May 24, 1999.

In that letter, Hubbard mentioned ex-US Defense Secretary William Cohen’s statement that “the US considers the South China Sea to be part of the Pacific Area.”

On Tuesday, US President Barack Obama said his country has an “ironclad” commitment to defend the Philippines, a former American colony, from aggression.

But Obama, who arrived in Manila on Monday for a two-day state visit, also said the US is not out to contain China, which has overlapping claims with the Philippines over portions of the South China Sea.

In 1951, the Philippines and the US signed the MDT, where both countries agreed to “maintain and develop their individual and collective capacity to resist armed attack” on their territories from external sources.

Both parties agreed that the treaty shall be in force “indefinitely.”

Under the MDT, the Philippines and the US committed to defend each other in case of an armed attack “on the metropolitan territory of either of the parties, or on the island territories under its jurisdiction in the Pacific or on its armed forces, public vessels or aircraft in the Pacific.”

But Senator Miriam Defensor Santiago, Senate foreign relations committee chairperson, pointed out that the treaty does not define what a “metropolitan territory” is.

Santiago added that US aid to the Philippines in case of an external armed attack is still “subject to open-ended debate in the US Congress,” since the MDT states that each country “would act to meet the common dangers in accordance with its constitutional process.”

On Monday, Philippine and US officials inked another defense pact – formally known as the Enhanced Defense Cooperation Agreement (EDCA) – that will allow an enlarged rotational presence of American troops in the country.

For his part, Chinese Foreign Ministry spokesman Qin Gang said the real intent of the defense agreement between the US and the Philippines will depend on the American government’s actions.

For the past years, China and the Philippines have been engaged in a territorial dispute over the resource-rich West Philippine Sea.

The Philippines claims that the West Philippine Sea is part of its exclusive economic zone under the United Nations Convention on the Law of the Sea (UNCLOS). China, meanwhile, is asserting its historical claim over the area through the so-called “nine-dash line,” which almost covers the entire South China Sea.

Solving Clean Water Challenges a Drop at a Time 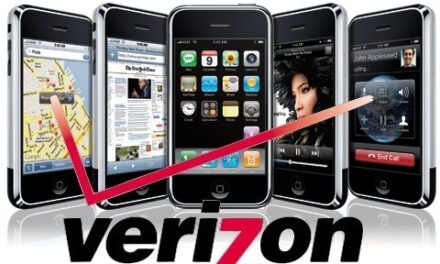