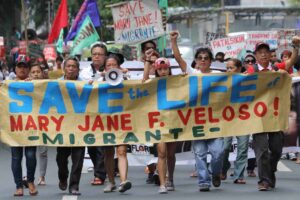 MANILA (Mabuhay) – The Indonesian government did not set a deadline on the temporary reprieve it granted to Mary Jane Veloso to give way to the investigation of her case here in the Philippines, a representative from the Department of Foreign Affairs said Wednesday.

At the House hearing, Francisco Noel Fernandez III, special assistant to the DFA’s Office of the Undersecretary for Overseas Workers Affairs, said, “There is no definite time set by the Indonesian government on the reprieve.”

Before this, Justice Sec. Leila de Lima said she did not know for how long the reprieve was going to stand.

She added that they have an internal deadline for the investigation. This will be followed by a trial, whose length they cannot predict.

She said because of this, they regularly update her Indonesian counterpart about developments in the investigation.

“We submit regular updates… a comprehensive report on the investigation, so that he (Indonesian Justice secretary) knows the Philippines is determined, is serious, and that the request is not just to delay the execution. That it is a much-deserved temporary reprieve,” she said.

De Lima, however, pointed out that it is still up to the Indonesian government to determine whether Veloso will be spared from execution permanently.

She said saving Veloso from death sentence is an “aspiration,” but added that they do not want to bring it up often with the Indonesian government since the reprieve was granted to allow the ongoing investigation first.

“If it is proven in the ongoing investigation that she’s a victim, maybe there’s a chance that she will be saved from death sentence. But that’s an aspiration. We’re looking at a possible executive clemency, but we don’t want to be repeatedly saying that at this point because we don’t want the Indonesian government to be pressured about it,” she said.

She added: “It will really depend on the results. It is entirely up to the Indonesian government whether or not to save Mary Jane or proceed with death sentence.” (MNS)

Cancellation of 2022 polls due to pandemic unlikely — Jimenez 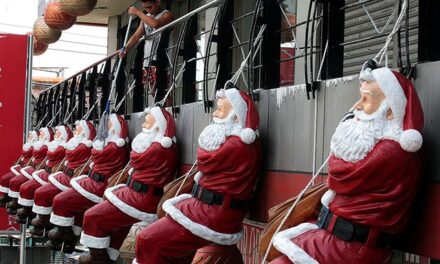