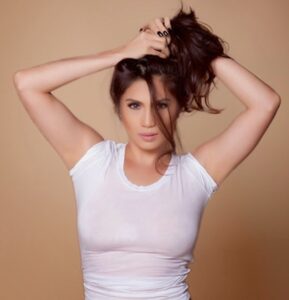 Based on photos posted on social media, the wedding was held at the Sampaguita Gardens in Quezon City.

Andy proposed to Diana in Japan in February. They also took pre-nuptial photos while there.

Few hours before their wedding, Andy shared his excitement on Instagram, relating, “Our big day has finally arrived @dianazubiri_ I will be marrying the love of my life and nothing excites me more to know u are my forever.”

“Congratulations Joi @dianazubiri_ you are a great person and a wonderful friend. You deserve someone who will take care of you and King. It’s an honor to share in such a beautiful and important day. Best wishes for a future filled with happiness and love,” Francine posted.

Already her second marriage, Diana first tied the knot in 2008. She lost her husband to cirrhosis of the liver in 2010. They have a son.

No love life yet for Julia Montes