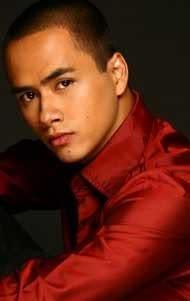 MANILA, Dec 15) – Two weeks ago, Diether Ocampo and Oyo Sotto both attended the Walk of Fame in Eastwood, Libis.

Diether however was quick to dismiss the issue. “Wala namang ganung nangyari.”

He reasoned that he was really not planning to stay longer in the event because he still needs to finish his movie “Dalaw”, which he stars opposite Kris Aquino.

“Dalaw” is one of the Star Cinema entries for the upcoming Metro Manila Film Festival.

Diether further said he does not have any intention of ignoring anyone especially those who are part of the entertainment business as he has no right to do so.

When asked what he wishes for the soon-to-be married couple, Diether said he is just praying for the best.

After ending his relationship with Rima Ostwani, Diether has stayed single and became busy with his television and movie commitments. (MNS)