Diether Ocampo not paying his workers? 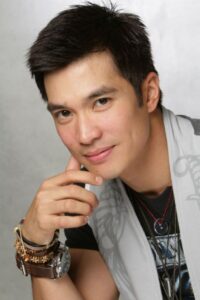 MANILA (Mabuhay) — Diether Ocampo finally broke his silence on allegations that he is hiding from the production staff of an independent film which he produced after failing to pay them.

Ocampo became a hot topic online when accusations surfaced that he did not pay some of his staff members despite their rendered work.

In a statement, Ocampo said he is taking full responsibility for what happened.

“As the executive producer of Tandem Entertainment, I take full responsibility. There are matters beyond my control that led to this predicament. I will never run away from my responsibilities,” he said.

Ocampo said his camp has already arranged a meeting with his staff in order to resolve the problem.

“I treasure the people behind the project and I would not allow them to suffer. I assure the staff that I will give them what is due them,” he said.

One of the staff members agreed to an interview but refused to show his face on camera.

While some production staff members were paid in installments, the staff member said there are others who were not paid at all.

Bianca Gonzalez recalls being abused by past BF

Daniel Padilla admits he was intimidated by Charo Santos-Concio