Dingdong Dantes set for a busy 2014 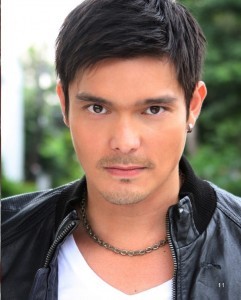 DINGDONG Dantes is gearing up for a busy year ahead as he will banner upcoming primetime series “Ang Dalawang Mrs. Real” and two possible big screen projects.

The Kapuso Primetime King said he is looking forward to the new series for it would be his first time to work opposite Diamond Star Maricel Soriano.

He added that when the network presented him the story late last year, before “Genesis” ended, he immediately said yes to the offer.

Dingdong said he likes the series’ modern love story as it’s very different from what he’s done before.

Directed by Andoy Ranay and with the inclusion of Lovi Poe in the cast, “Ang Dalawang Mrs. Real” is slated to be released in1 May.

Aside from the drama series, Dingdong disclosed that there is also an offer for him to do another Star Cinema movie. Rumor has it that he will be paired with “It’s Showtime” host Anne Curtis.

Dingdong added that he is also open in doing the second installment of “Tiktik: The Aswang Chronicles.”

In the sideline, the actor will still be active in the campaigns and activities of his Yes Pinoy Foundation.

Over the weekend, the actor distributed educational material to school children in Baguio.

The Kapuso Primetime King was accompanied by real life sweetheart, actress Marian Rivera, when he visited Loakan Elementary School. They handed out school bags and other supplies to 300 grade school students.

Dingdong said he aims to help more kids in different areas of the Philippines through Yes Pinoy Foundation and in cooperation with GMA Regional TV.

“I appreciate the efforts of GMA Regional that they do everything they can to reach out to our viewers. Everytime we go to a place, we try to tap one school that is very much in need of supplies. We plan to do it hanggang may supply.” (MNS)

The overlooked side of Nanette Inventor