From the towering Petronas in Kuala Lumpur to the pristine lagoons of Palawan the tour packages for six nights in less than $2,000 are a bargain that include hotel accommodations, travel and hotel transfers, admission fees and breakfasts. For more information about these tours, please call 310-327-5143 or 714-202-8690 or you may visit www.travelinternational.net.

Located the heart of Manila’s history is the walled “city” of Intramuros that features Fort Santiago, the site of torture chambers and dungeons. The wall surrounding Intramuros was built during the Spanish Colony.

The two Southeast Asian countries are arguably the best performing nations as far as their economies are concerned. Both Philippines and Malaysia, each made up of several islands, are also becoming the tourist havens in Asia because of their resorts and beaches, tropical weather and most importantly friendly, warm and charming people.

Being neighbors, the two no doubt have also been rivals. While Malaysia used to envy one of Asia’s most progressive country after the Second World War, the past years have been robust for the Malaysians and enjoys one of the world’s best infrastructures and an ever-growing economy. On the other hand, the Philippines have had to deal with years of political upheavals, but is now leading the whole of Southeast Asia in economic growth with creditors rating the country as the place to invest.

As of late, Malaysia still boasts of the tallest twin towers in the world – the Petronas Towers in Kuala Lumpur which attracts millions of visitors annually – and is the only Southeast Asian nation to produce its own vehicles. The Philippines, meanwhile, with its large English-speaking population and world-acclaimed tourist destinations continues to implement reforms to attract more multi-national businesses and tourists to explore its more than 7,100 islands of tropical paradise.

And speaking of tourists, the two countries are now collaborating to promote their tourist spots and their wonderful cultures to the world, beginning with a “Discover Two Cultures” in one travel package that includes visits to historical sites in Malaysia and a tour of Kuala Lumpur, and a fun beach and resort stay in Philippines’ world’s best white sand beach in the island Boracay or an exciting trip to the underworld at the Puerto Princesa Underground River in the island of Palawan.

The choices of travel packages will also bring you to Malacca, or Melaka as the Malaysians call it, where you can experience a taste of both Portuguese and Dutch influences, not to mention a replica of one of the invading Portuguese ships, complete with a tour inside the cabins, while the cannons at the St. John’s Fort water channels will give you a semblance of how centuries-old warfare took place.

In the Philippines, you are given the choice if you want to visit either Palawan, Boracay, Cebu or Bohol – whose shorelines are just among the few stretches of the more than 20,000 miles of coastline – each island of which has world-class tourist attractions but unique from each and everyone. And if you enjoy water sport, then you are up for a surprise as the Philippines is fast becoming the world’s underwater destination, where diving spots abound and where tropical fish and other marine animals are a daily spectacle.

Underwater, the World War II wrecks in and around the Philippine archipelago give divers an eerie but exciting exploration of how marine life has conquered these relics of the past, while a dive to UNESCO World Heritage Tubbataha Reef is an experience like no other. The Philippines also has cannons – much more bigger cannons – in the Bataan Peninsula, scenes of the most memorable battle scenes during the World War. 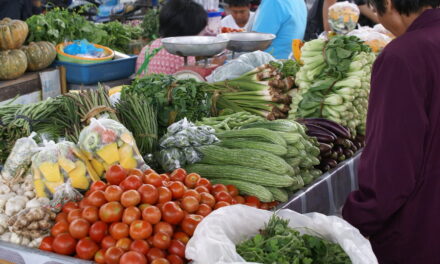