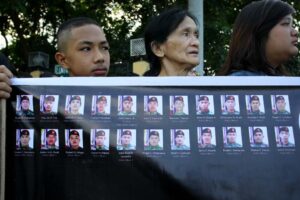 MANILA (Mabuhay) – Department of Justice (DOJ) Secretary Leila M. De Lima on Wednesday said that the DOJ is pursuing a fair and comprehensive investigation into the encounter that happened in Mamasapano, Maguindanao last Jan. 25.

De Lima said that the investigation is not only centered on the “SAF 44” because the DOJ Chief believed that all the victims in the incident should be given justice.