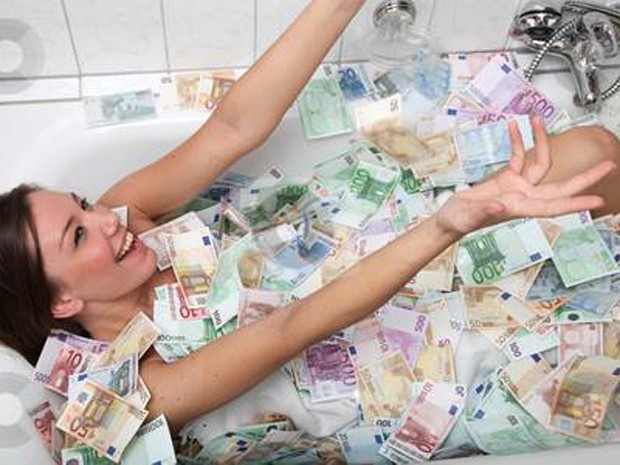 Really?: An alleged photo of Jeane Napoles, daughter of Janet Lim-Napoles who is at the center of the pork barrel scam that involves lawmakers in the Philippines, as she is supposedly “bathing” in a tubful of money that has been circulating on the internet. This one was posted in en.wordpress.com.

MANILA  (Mabuhay) – The Department of Justice (DOJ) will again send subpoena to Jeane Napoles to appear in the conduct of the hearing this Dec. 10 on the P32.06-million tax evasion case filed against her.

Jeane is the daughter of Janet Lim Napoles, the alleged “brains” behind the P10-billion pork barrel scam and the P900-million Malampaya Fund scam.

This was because Jeane did not appear during the first hearing of the case on Tuesday.

Tolentino is the second lawyer who appeared during the hearing last Nov. 5 as counsel of the Napoles couple in their P60-million tax evasion case.

During the hearing Tuesday, a certain Atty. Ian Dela Cruz Encarnacion appeared before the DOJ to submit the counter-affidavit of the Napoles couple.

However, the panel of prosecutors rejected the counter-affidavit because it was only notarized instead of subscribed before a public prosecutor which is contrary to the existing rules. (MNS)

Trillanes to Napeñas: Be man enough to accept your mistake