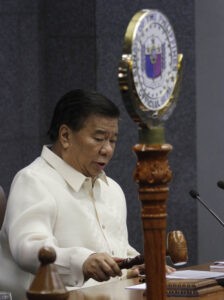 Drilon said the changes were necessary to make the proposed measure constitutional.

The agencies, lawmakers, and legal luminaries earlier opposed the provisions in the BBL that seek the creation of the Bangsamoro government’s separate COA, Comelec, Civil Service Commission (CSC), Commission on Human Rights (CHR), and Office of the Ombudsman, as the establishment of such separate offices runs contrary to the 1987 Constitution.

The Palace-proposed BBL also contains a section which requires the President to coordinate military operations with the chief minister of the Bangsamoro region. It also has sections which empower the chief minister to have control and supervision over police forces in the region.

It seeks to create the Bangsamoro political entity which will replace the Autonomous Region in Muslim Mindanao. It will also specify wealth- and power-sharing arrangements between the national government and the new political entity.

Marcos submitted his 100-page substitute bill entitled “Basic Law for the Bangsamoro Autonomous Region” to the Senate Monday and sponsored it on the floor Wednesday.

In his sponsorship speech of Senate Bill No. 2894 or the proposed Basic Law for the Bangsamoro Autonomous Region, Marcos said that he could not allow the law to pave the way for the establishment of an independent state.

The senators are expected to start their interpellations on the bill on Monday.

Arum: I don’t believe there was corruption

Mar, Grace in tug of war over NPC?