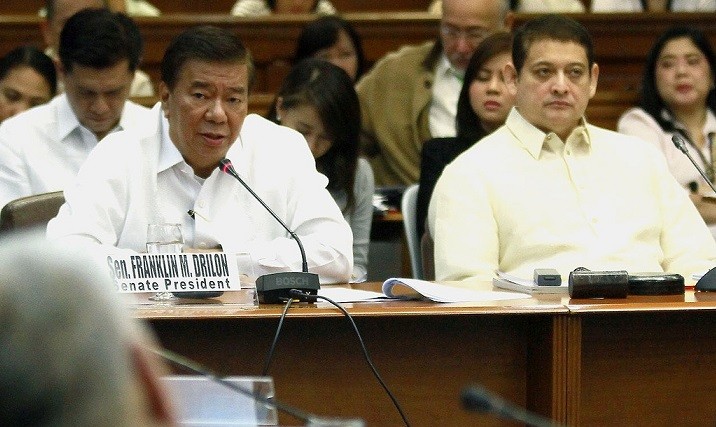 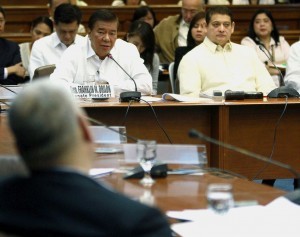 MANILA (Mabuhay) – Senate President Franklin Drilon on Tuesday described as a “waste of time and money” the Senate Blue Ribbon Committee investigation on the alleged overpricing of the Iloilo Convention Center.

Drilon said the convention center is meant to boost tourism in Iloilo and would generate jobs for locals.

He described the building project as a classic “public-private partnership” since 1.7 hectares of land worth P571 million was donated by Megaworld Corporation.

“It was mutually beneficial….there is a commercial gain for Megaworld. It is a classic PPP. They donate something, we build the convention center and they gain from the people attracted to the convention center. It enhances the value of the property,” he said in the interview.

“They imposed a condition on the donation. One, it must be used for a convention center and number two, that the convention center design must be consistent with their overall design. That is why they donated the architectural plans.”

Drilon said the idea for the ICC started after hotel owners admitted that occupancy rates in their hotels hit rock-bottom.

He said hotel owners wanted a convention center so that people will have a reason to visit Iloilo before going sight-seeing.

The Senate President denied that Cabinet Secretaries Rogelio Singson and Ramon Jimenez showed up at the Senate Blue Ribbon Committee investigation to defend him.

“They didn’t back me, they implemented the project. They weren’t there to defend me,” he said.

He also pointed out that in 25 years of public service, he has yet to be asked by the Ombudsman to answer any corruption allegation before the Sandiganbayan.

“At no instance did the Ombudsman ask me to explain anything. Of course there are cases filed because they entertain complaints. Not one case has been filed before the Sandiganbayan, meaning no probable cause established,” he added.(MNS)

Nine in 10 children in US eat too much salt: experts