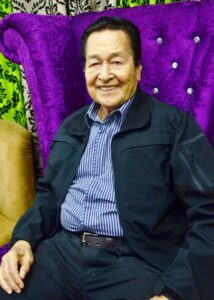 MANILA (Mabuhay) — Eddie Garcia’s advice to prevent tardiness among people in show business is simple: Fine actors or actresses who come late to the set!

The 86-year-old actor who is still active even after 66 years in showbiz said that he already suggested that before but it was always up to the producers or network. His idea also came from his years working with Sampaguita Pictures when he was just starting out in showbiz.

According to him, Sampaguita Pictures actors have to be punctual all the time. He remembered getting a P50 allowance per day and if you were late, you could lose that.

And Eddie was never late then; he is also never late to this day even when traffic is said to be at its worst. Production executives of GMA7 can attest to his punctuality. For their story conference for Eddie’s latest soap opera entitled “Little Mommy,” he was an hour early.

The principle he follows is simple, too, when it comes to punctuality. He does what he can do today and doesn’t procrastinate so he could do other things the next day. He said preparedness is key to getting to the set on time.

Should producers take up his suggestion of fines, he also said the money pooled from tardy actors could be used for their last day parties. This was the norm then with Sampaguita Pictures, according to Eddie.

GMA 7′s “Little Mommy” reunites Eddie Garcia and Nora Aunor. The last time they worked together as co-actors was in “Sana Bukas Pa Ang Kahapon,” where they both won acting awards for their respective roles.

So how did Eddie Garcia maintained his professionalism for more than six decades?

Iza Calzado: I’m not ready to wed yet