The imports bill went up 7.2 percent to $5.711 billion, compared to a revised 7 percent increase in August and a 4.8 percent uptick in September 2012, NSO data showed.

“The rise of importation in September 2013 mirrored the buoyant outlook of firms on the volume of business activities for the third and fourth quarters… in anticipation of the increase in demand during the holiday season,” Socioeconomic Planning Secretary Arsenio Balisacan said in a separate statement Tuesday.

Electronics, which account for the largest share in September, grew 29.8 percent and is a turnaround from the 9 percent contraction in August.

These are usually materials used by the semiconductor and electronics industry, which produces the Philippines largest export shipments.

Other top gainers in September imports were transport equipment which grew by 135.6 percent, food and live animals which were up by 13.3 percent, and industrial machinery and equipment which expanded by 2.0 percent.

Balisacan noted the triple-digit rise in transport were driven by orders by Cebu Air Inc., operator of budget carrier Cebu Pacific, in line with the company plans to grow its fleet.

In September, the Philippines registered a trade deficit of $666 million, wider than the $516 million  gap posted a year earlier.

This brought the January to September trade deficit to $6.31 billion.

“We were really expecting an uptick,” he said in a telephone interview Tuesday.

“We’ve always been a net importer, and this has sliced some numbers from total GDP,” he said.

Baustista noted that imports of capital goods for reconstruction following super typhoon Yolanda, which pummeled Central Philippines on Nov. 8, is expected to bolster inbound shipments in the remaining months of the year.

The United States of America was the top source of Philippine merchandise imports, accounting for 11.8-percent of the total. Second was China with an 11.5-percent share, followed by Taiwan and Japan which both accounted for 8.0 percent each. (MNS)

Drilon files bill including barangay officials for benefits from GSIS 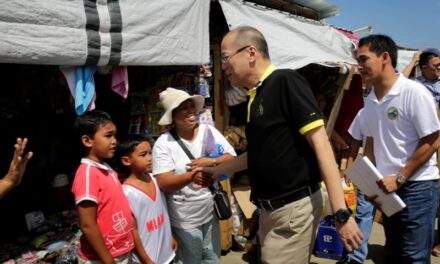