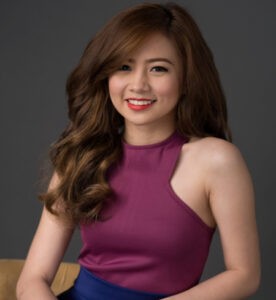 THE saying “you cannot serve two masters” is not applicable to Ella Cruz.  In fact, this nineteener star has been serving“three masters.”

At present, Ella is ABS-CBN’s contract star for two more years.  Her first project for Kapamilya was Ariana. When it ended, while waiting for a follow up assignment, Ella accepted an offer from TV5.  She appeared as the leading lady in TV5’s love-drama-comedy series Wattpad Presents. Then, she returned to her home studio after Wattpad and played one of the main cast in the drama show, Bagito.

When we asked Ella during our interview at the presscon for the ParangNormalActivity if she’s the one who brought Ryle Paolo and Andrei to TV5, her reply: “Wala po akong kinalaman…”

Writer-director Perci Intalan interfered by saying that he’s the one who chose Paolo and Andrei to co-star with Ella in ParangNormal Activity.

Ella is aware already of the boundaries concerning her acting career.  She knows what kind of character she has to play or must not accept.  Although she’s the only one in the family who is in showbiz, her experience in her chosen profession has taught her methods on how to shine.

Ella tried her luck in the entertainment industry when she was just seven  years old.  Her very first exposure was in GMA7.  She moved to ABS-CBN and became one of the child performers in Goin’ Bulilit.  At the age of nine, she returned to GMA7 and played young Angel Locsin in one of the former Kapuso soaps.  A big break came on her way when she was chosen to play an important role in a widely viewed ABS-CBN series, Ariana.

GMA7 is still looking for an opportunity to have Ella. The latest, we heard that Kapuso is interested to get this 19-year old Bulakenya after her contract with ABS-CBN expires.          Meanwhile, there are offers for her to appear as leading lady in some indie films. However, the go signal must come from Star Magic which manages her showbiz career.

In case Kapamilya allows her to appear in indie movies, Ella told the press that she’s willing to do experimental roles, but not to the extent that she would be stereo-typed to it. And there is an exemption, “I won’t accept sexy roles or wear sexy outfits that might expose my private parts.” (MNS)