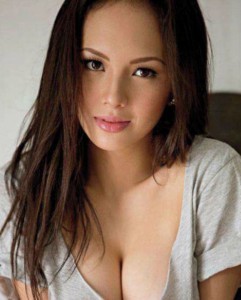 Sexy actress Ellen Adarna denied rumors that she supposedly has a sex video with a former boyfriend, saying she would not even dare record herself in the act.

Adarna, who has been dubbed a “sex icon” for her string of nude pictorials and daring outings, added that she is not the type to agree to recording intimate moments on video.

Meanwhile, Adarna extended her appreciation to actress Cristine Reyes, who recently identified the showbiz newcomer as her likely successor. While known for her sexy image, Reyes is also considered a dramatic actress with several TV series and films to her name.

Adarna is gearing up for ABSCBN’s upcoming series “Pasion de Amor.” She admitted that she replaced Reyes’ role in the said project, amid rumors that the latter is supposedly pregnant.

According to Adarana, she was given the role upon Reyes’ suggestion.

Vhong Navarro: I’m not a rapist

Ingrid dela Paz is out to compete with Cristine Reyes