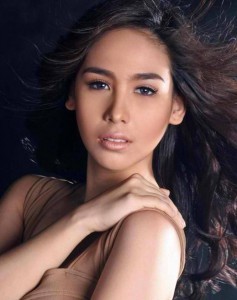 MANILA, June 20 (Mabuhay) -– After her cameo stint in the Star Cinema-produced film “On The Job,” actress Empress Schuck said she is grateful to have two more upcoming movies as well as a television series.

Schuck said she will be working with Senator Jinggoy Estrada next for their movie “Tatay.”

Aside from Estrada and Schuck, “Tatay” will also feature Dominic Roco, Maja Salvador, Bayani Agbayani and many more.

Aside from “Tatay,” Schuck will also be seen in the movie “Tuhog,” which is under Skylight Films, ABS-CBN’s independent film production arm.

According to Schuck, she feels blessed to given so many projects – whether it be small or big roles.(MNS)