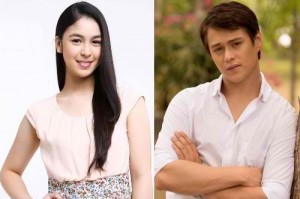 Enrique Gil finally weighed in after fans bashed his newest leading lady, Julia Barretto, online after it was announced that he will work opposite the actress in the series “Mira Bella.”

Gil urged his supporters, as well as fans of his former leading lady Julia Montes, to spare Barretto from bashing because his “Mira Bella” stint is purely a management decision.

Gil said he is just hoping that his supporters would still continue to support him even if he won’t be working with Montes for the meantime.

Aside from Gil and Barretto, “Mira Bella” will also feature Sam Concepcion.

Gil admitted he got affected when he learned about the reaction of some of his fans.

Gil said he also talked to Barretto about the matter.

Gil is hoping “Mira Bella” would be a hit since this will be his first team-up with Barretto. (MNS)