Enrique says Liza is too young for him 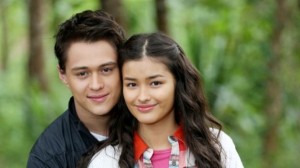 Even though romance is out of the picture for now, Enrique shared he learned a lot of new things about Liza since they started shooting the primetime series.

But Enrique reiterated that their main focus now is their respective showbiz careers.

Meanwhile, Enrique said he is thankful to all their fans for their unending support for “Forevermore”. Enrique said he’s also surprised that his on-screen team up with Liza was warmly welcomed by the audience.

Enrique added that of all the shows he’s done on television, “Forevermore” is his favorite.

Gabbi Garcia and Khalil Ramos define what ‘soulmates’ mean to them