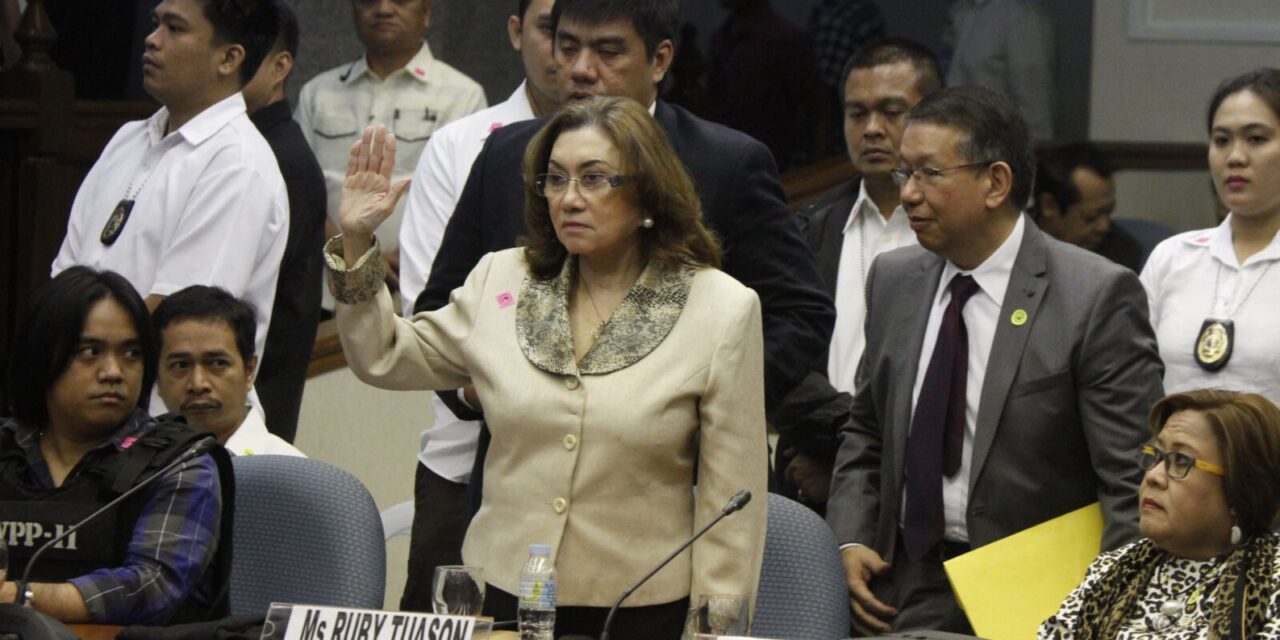 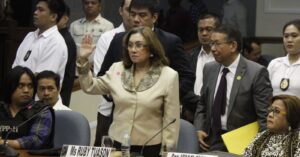 Estrada, whose son Sen. Jinggoy Estrada is among those facing plunder in connection with the scam, refused to elaborate.

Tuason used to be the elder Estrada’s social secretary and also the former chief of staff of his wife, former Sen. Loi Ejercito-Estrada.

In her testimony at the Senate blue ribbon committee hearing on the pork barrel scam, Tuason revealed how she allegedly deliver bagfuls of kickbacks to Jinggoy and to Gigi Reyes, former chief-of-staff of Senate Minority Leader Juan Ponce Enrile.

Estrada has described Tuason’s statement in the Senate hearing as “rehearsed.”

Tuason is a potential state witness to the controversial pork barrel scam, in which lawmakers’ discretionary funds were allegedly misused for kickbacks. She is also named respondent in the case.

Meanwhile, actor Mat Ranillo III has been linked to the controversy for supposedly signing kickback vouchers allegedly received by Jinggoy and Loi.

Ranillo is among the personalities summoned by the Senate blue ribbon committee to its next hearing on the scam.

Last Saturday, Ranillo’s sister revealed that the actor is willing to return to the country and testify in the investigation as long as he would be provided ample security by the authorities. (MNS)