Erwan speaks up on rumored breakup with Anne 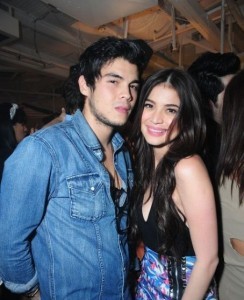 Restaurateur and food blogger Erwan Heussaff said he and girlfriend Anne Curtis are “fine,” following their reported separation after more than three years of being a couple.

Heussaff took to Twitter to address a story on the popular showbiz blog Fashion Pulis, which cited a “very reliable source” in confirming the alleged breakup.

“Thanks for the concern, but let’s remember that FP isn’t BBC, there are more veracious sources of information out there. We are fine,” he said.

Heussaff also answered the story’s comment on his and Curtis’ “behavior” on their respective social media accounts.

“Also, I’m not in showbiz, so my relationship is mine to keep precious and not yours to devour,” Heussaff said. “If I don’t post about it, that’s my prerogative.”

Heussaff’s last post about Curtis on his Instagram page was on April 19. He shared a photo of them together in Myanmar.

Likewise, the “Dyesebel” star’s last post mentioning Huessaff was on the same date.

Both tweets from Heussaff about the rumored breakup were re-tweeted minutes later by Curtis on her page, which is seen by her 6.41 million followers.

A couple for almost four years now, Curtis and Heussaff have denied repeatedly that they are planning to get married soon, citing their respective careers as their priority.

Aside from his blog and restaurants, the Filipino-French Heussaff is also a triathlete and has been active in sharing his weight loss story, having weighed 245 pounds at one point.

Despite his celebrity connections and regular appearances in media, Heussaff has been evasive when it comes to discussing personal matters, including his relationship with Curtis. (MNS)