Seminar to focus on anticipated U.S. Supreme Court decision on whether creditors can go after inherited IRA accounts 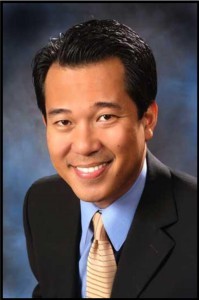 Estate and Trust attorney Edward R. Cainglit will be presenting a seminar on the Standalone Retirement Trust.

LOS ANGELES, California  – In anticipation of the U.S. Supreme Court decision in Clark et us. V. Rameker, which will determine whether creditors can go after an inherited IRA, estate and trust attorney Edward R. Cainglit will be presenting a seminar on the Standalone Retirement Trust.

The nation’s highest court will hear arguments on March 23 in a fight over whether Heidi Heffron-Clark and her husband, Brandon Clark, can keep creditors from going after $300,000 in an IRA inherited from Heffron-Clark’s late mother.

Qualified retirement plans like the 401(k) are asset protected under federal law.  IRAs are protected to at least some extent under state law.

Many wrongly believe that these accounts will remain asset protected after their owners die.  Furthermore, many are unaware of the required distribution rules and taxation of these accounts following the death of the owner.

According to the Investment Company Institute, Americans held approximately $14.5 trillion in retirement assets, up from $10.5 trillion at the end of 2002.

Edward will discuss how the Standalone Retirement Trust can provide asset protection and maximize tax-deferred growth for beneficiaries who inherit retirement assets like the 401(k) and the IRA.

Watch Kababayan TODAY on Wednesday, March 12, 2014 at 4PM on the LA18 KSCI network where Edward will be discussing this timely topic with Host Jannelle So.