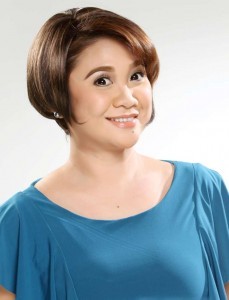 Comedienne Eugene Domingo does not feel bad that Piolo Pascual will no longer be her leading man in the third “Kimmy Dora” movie.

Domingo said she understands why Pascual backed out of the project.

The 36-year-old actor opted to give up his role in the Chris Martinez-directed prequel to the comedy series, citing his packed schedule leading up to the annual Metro Manila Film Festival (MMFF) in December.

The Kapamilya star will nonetheless remain as one of the project’s producers under Spring Films, which was also behind the last two “Kimmy Dora” installments.

After this development, actor Sam Milby was tapped to replace Pascual in the film. The 29-year-old actor’s part in the project will mark his first starring role in an entry to the MMFF.

Asked whether she is excited to work with Milby for the first time, Domingo said: “Sam Milby is playing the role and Sam Milby is perfect for it.”

Milby expressed confidence about the film’s success, citing the box-office performance of the first two entries in the series.

“I mean, ‘Kimmy Dora’ is already established and people really loved it, accepted it. Ako rin, I’m a fan, so I think that will also help a lot for this third sequel,” Milby said. (MNS)