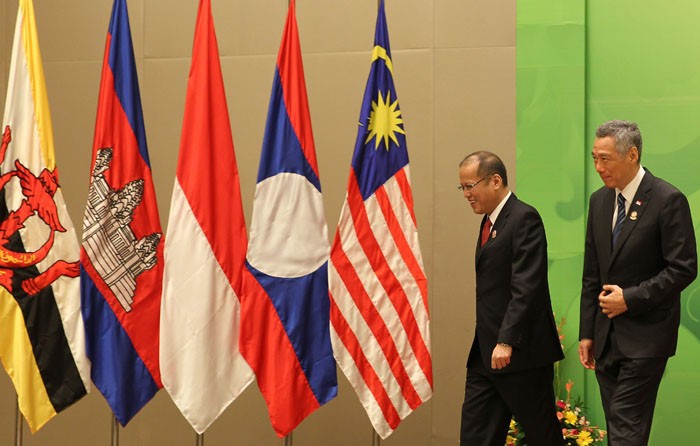 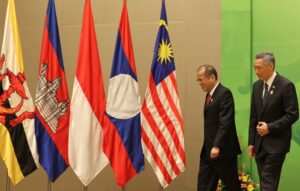 NAY PYI TAW, Myanmar – President Benigno S. Aquino III, along with Singapore Prime Minister Lee Hsien Loong, arrives for the traditional group photo opportunity during the 24th ASEAN Summit Plenary at the Jade Hall of the Myanmar International Convention Center here last May 11. “Moving Forward in Unity to a Peaceful and Prosperous Community” is the theme for this year’s ASEAN Summit, highlighting the importance of a united ASEAN. (MNS photo)

President Barroso conveyed his congratulations to President Aquino during their meeting held at the European Union Headquarters in the Belgian capital, and said that economic reforms must continue to further advance the competitiveness of the Philippines.

“I also congratulated the President on the remarkable economic performance of the Philippines. At the same time, economic reforms need to continue to increase the competitiveness and productivity of the country,” Barroso said.

“Europe can be a partner in this process, too. Our PCA (Partnership and Cooperation Agreement), which was signed in 2012, has allowed for an enhanced cooperation in several priority areas,” he added.

Barroso said the European Union and the Philippines are becoming more important to each other in terms of trade and investment rankings.

“Our trade exchanges in 2013 and 2014 were the largest in a decade,” he told a joint press conference.

President Barroso said the European Union is the Philippines’ third largest trading partner, as well as the largest foreign investor in the country.

European Union is also looking forward to working together with the Philippines to further strengthen trade and investment ties, he added.

Barroso said the European Union actively supports regional integration through the ASEAN and committed to forging a strong relationship with the whole region. (MNS)

Enlisting in the military pays off

PHL is in better shape to absorb economic headwinds — IMF