A Los Angeles County Superior Court spokeswoman confirmed to ABCNews.com that Longoria filed for divorce from Parker this morning, citing irreconcilable differences.
According to the filing obtained by The Associated Press, Longoria, who had taken Parker’s name, wants her name to be restored to Eva Jacqueline Longoria. The filing also reveals that the couple had a prenuptial agreement. They have no children together. 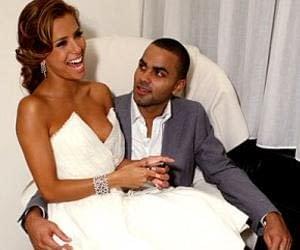 Us Weekly magazine reports that Parker’s “inappropriate” text messages with another woman led to the couple’s split. According to the magazine, Longoria recently discovered that Parker has been exchanging personal texts with a mutual female friend for nearly a year – in one month, they reportedly exchanged hundreds of messages.

“Eva truly thought she was going to grow old with Tony and have children with him,” a friend of Longoria’s told the magazine. “She’s inconsolable.”

This is the second divorce for Longoria, 35. In 2004, she divorced her first husband, Tyler Christopher, after two years of marriage.

The “Desperate Housewives” actress wed the the San Antonio Spurs point guard on July 7, 2007 in an elaborate Parisian ceremony. Parker, 28, was raised in France.

In January Longoria gushed to New! magazine about how much she enjoyed being Parker’s wife.

“We are just best friends. I love his company and I am married to the person I want to be with,” she said. “I cannot ask for more. We respect each other as people and as a couple, and we trust each other. The best thing is that he loves to surprise me and I love to be surprised.”

“Our relationship is more solid than ever and we have so much fun together,” she added.

“Tony and I would love to be together forever. But the only way you get to forever is one day at a time.”

Patty Duke Family Reunites for Dinner: Medicare on the Menu