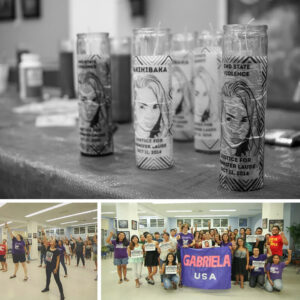 US Marine Lance Corporal Joseph Scott Pemberton was sentenced to 6-12 years imprisonment and ordered to pay the Laude family at least P4.5 million for various damages. The court also ordered his “temporary” detention at the New Bilibid Prisons in Muntinlupa City.

MANILA (Mabuhay) – A former Department of Justice official, who served as lawyer of Lance Corporal Daniel Smith, said the homicide conviction of Lance Corporal Joseph Scott Pemberton did not come to him as a surprise.

While still with the DOJ, Justiniano was the one designated to supervise the progress of the government’s murder case against Pemberton, who is an anti-tank missileman of the US Marine accused of killing Laude at a motel in Olongapo City in October last year.

Justiniano said his long experience as a defense lawyer while in private practice, prior to his DOJ stint, allowed him to already get a glimpse of how the Laude case would turn out.

In 2005, Justiniano served as the legal counsel for Smith, another US serviceman who was found guilty in 2006 of raping a Filipino woman in Subic, Zambales. The Court of Appeals reversed the decision and Smith left the country less than 24 hours after his acquittal.

Like Justiniano, former University of the Philippines law dean Pacifico Agabin said the decision of the Olongapo City Regional Trial Court Branch 74 should be respected.

“The trial court saw no facts to qualify the crime to murder,” the former law dean said.

Agabin, however, stressed that despite his conviction, Pemberton still has the option to appeal his case before the Court of Appeals.

Pemberton was sentenced to 6-12 years imprisonment and ordered to pay the Laude family at least P4.5 million for various damages.

Justiniano said it was hard to prove there was abuse of superior strength in the Laude slay case because both the victim and the US serviceman were males.

Justiniano said he had actually “alerted” the prosecution team that they have a slim chance of getting a murder conviction.

“Kako, you have to be realistic. Wala tayong eye witness. Ang mayroon lang ay expert witness, who can only testify as far as the probability or what could be a possible cause of danger,” said the former DOJ official.

Justiniano, however, still lauded members of the prosecution team in the Pemberton case for “doing their best” to secure a conviction, even if the original charge of murder was downgraded to homicide.