Ex-sexy star Patricia Javier to stay in PH for good 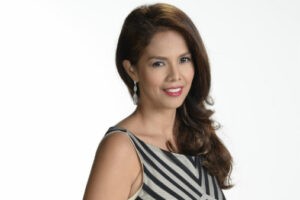 MANILA (Mabuhay) — Patricia Javier will be staying in the country for good.

Javier, who starred in the sexy movies “Ang Kabit ni Mrs. Montero” and “Gamitan” in the 1990s, moved to the United States in 2007 to start a family with husband, chiropractor Dr. Rob Walcher. They now have two children.

Last year, Javier returned to the Philippines to restart her showbiz career.

Javier admitted that her newest project, ABS-CBN’s “Doble Kara” with Julia Montes in the title role, is the reason she decided to stay in the country.

“Dahil sa project na ito, we are gonna be here for good.”

In “Doble Kara,” Javier will play the mother of Edgar Allan Guzman, one of the leading men of Montes.

After 2 years, Jodi still enjoys being Maya of ‘Be Careful’