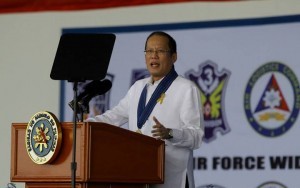 President Benigno S. Aquino III addresses the 66th Anniversary of the Philippine Air Force (PAF) at the Haribon Hangar, Air Force City in Clark Air Base, Pampanga on Monday (July 01, 2013). This year’s celebration is anchored on the theme “Makabagong Lakas, Matatag na Bukas.PAF was founded on July 1, 1947- two years after the end of World War II. It traces its lineage to the Philippine Army Air Corp, which was established in 1941. (MNS photo)

In a press briefing in Malacanang on Monday, Padilla said that the agency benefits include room and board, medicines, supplies, laboratories and diagnostics, operating room fees as well as professional fees.

Padilla added that primary care benefit package would soon include maintenance medicines for diabetes and hypertension, and there will be a sheet to provide a payment mechanism to all case-rates expanding the no-balance billing for the sponsored members to all cases in government facilities.

There are currently 23 illnesses being paid through case rates with no-balance billing for sponsored members said Padilla. These include room as well as medicines, radiation treatment, diagnostics and others, Padilla explained.