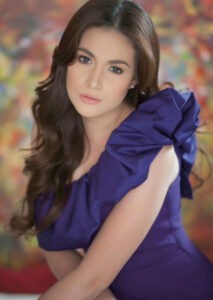 MANILA (Mabuhay) — It’s been a while since John Lloyd Cruz starred in a romantic comedy film, and rumors have been circulating that the actor has gotten tired of doing projects under that genre.

Cruz denied the issue, saying that he always finds joy in making audiences believe in love and happy endings.

While rom-coms will always have a place in his heart, Cruz said he also needs to try new roles and accept other challenges so he will grow as an actor.

Meanwhile, Cruz revealed that there are plans for a movie starring him and his long-time on-screen partner, Bea Alonzo.

Get Free Tickets to see Sarah Geronimo at the Pechanga Theater

MARJORIE BARRETTO ON HER SISTERS CLAUDINE, GRETCHEN: ‘I WON’T WISH ILL OF THEM’