SAN FRANCISCO, December 9, 2010 (AFP) – Facebook co-founders Mark Zuckerberg and Dustin Moskovitz have joined a pledge to give away more than half their wealth to charity.
The pair were among 17 of “America’s wealthiest families” to add their names to a “Giving Pledge” project started by billionaire investor Warren Buffett and Microsoft co-founder Bill Gates.

“People wait until late in their career to give back,” 26-year-old celebrity entrepreneur Zuckerberg said in a Pledge release online Thursday. 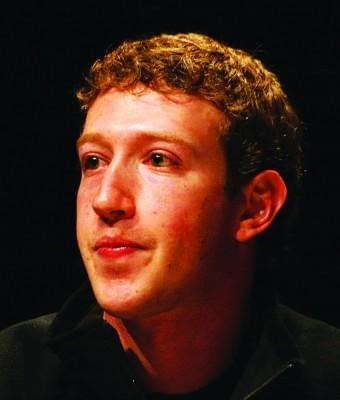 “But why wait when there is so much to be done?”

“With a generation of younger folks who have thrived on the success of their companies, there is a big opportunity for many of us to give back earlier in our lifetime and see the impact of our philanthropic efforts,” Zuckerberg said.

Zuckerberg’s status as the world’s youngest self-made billionaire comes from his ownership stake in Facebook, which has yet to go public with a stock offering. His net worth was recently estimated at nearly seven billion dollars.

The pledge to divert the bulk of one’s wealth to philanthropic works before or after dying is a moral contract, not a legal one, and is meant to inspire people in all income brackets to support worthy causes.

Research shows that knowing others are donating makes people more inclined to give to charity, according to Princeton University professor of bioethics Peter Singer, author of the book “The Life You Can Save.”

“Publicly pledging to give will encourage others to give,” Singer said.

“This holds true for billionaires and for those of us who aren’t anywhere near that level of wealth.”

The first 40 pledges to the project came in August.

“In just a few short months we’ve made good progress,” Buffett said. “I look forward to many more conversations with families who are truly fortunate, and whose generosity can and will change lives made good progress.”

SUPPORT THE NATIONAL YEAR OF THE RICE 2013 CAMPAIGN