SAN FRANCISCO, November 15, 2010 (AFP) – Facebook launched a next-generation online messaging service on Monday that includes facebook.com email addresses in a move seen as a shot across the bow of Google, Yahoo! and Microsoft.

Facebook founder Mark Zuckerberg unveiled what he called a “convergent” modern messaging system that “handles messages seamlessly across all the ways you want to communicate.” 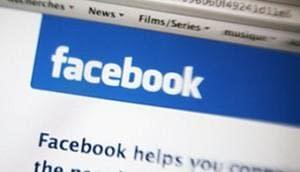 The messaging service blends online chat, text messages and other real-time conversation tools with traditional email, which Zuckerberg said had lost favor for being too slow for young Internet users.

“It is true that people will be able to have facebook.com email addresses, but this is not email,” Zuckerberg said at an event in downtown San Francisco. “It handles email.”

Zuckerberg dismissed reports referring to the messaging system as a “Gmail killer” aimed at the heart of free Web-based email services from Google and similar services from Yahoo! and Microsoft.

“We don’t expect anyone to wake up tomorrow and say ‘I’m going to shut down my Yahoo Mail or Gmail account,'” Zuckerberg said.

But, he added: “Maybe one day six months, a year, two years out people will start to say this is how the future should work.

“Maybe email won’t be as important a part as it was before and we can push people toward real-time conversations,” he said.

The Facebook messaging service was intended to turn online exchanges into ongoing conversations as opposed to intermittent back-and-forth email missives, according to Facebook director of engineering Andrew Bosworth.

“The system is definitely not email,” Bosworth said. “We modeled it more after chat.

“I’m very jealous of the next generation that will have all this access to all these things,” he said.

Facebook’s messaging system, referred to inside the California-base firm as “Titan,” will be slowly rolled out in the coming months and adapted based on feedback from users, according to Bosworth.

Approximately 350 million of Facebook’s more than 500 million members fire off messages at the service, with more than four billion digital missives sent daily, according to Zuckerberg.

With such a large user base, a free personalized facebook.com email service lays down a powerful challenge to the established email giants – Microsoft’s Hotmail, Yahoo! Mail and Google’s Gmail.

Hotmail currently has the most users, 361.7 million as of September, according to online tracking firm comScore, followed by Yahoo! with 273.1 million and Gmail with 193.3 million.

Facebook’s new messaging service comes amid a recent bout of sparring with Google over data sharing.

Aquino thanks Chinese-Filipinos for contributions to national progress

Sweeten the Kitty: Tips for Easier Traveling with Pets