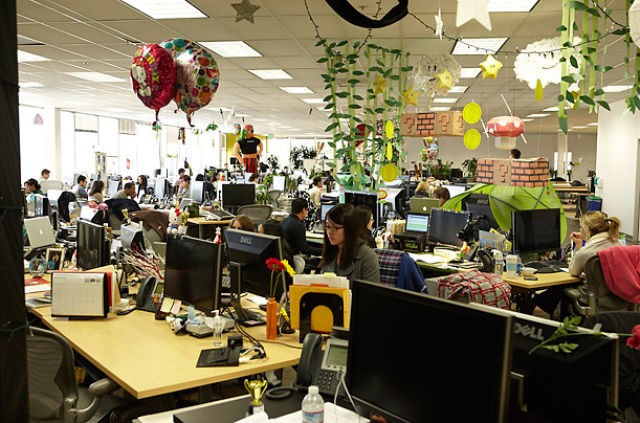 Facebook, which turned seven years old this month, has seen its ranks of employees increase by about 50 percent annually and is already cramped in the space it moved into in the city of Palo Alto in early 2009.

The former Sun campus in the city of Menlo Park, which borders Palo Alto, has nine buildings with a total of a million square feet (92,900 square meters) of office space set on 57 acres (23 hectares) of land, according to Facebook director of real estate John Tenanes. 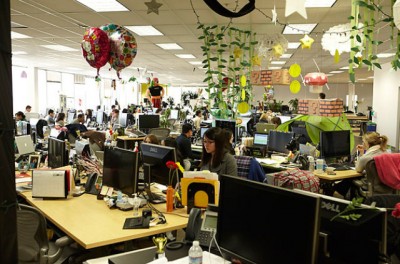 “We’ve been looking for a setting where we can plant some roots,” Facebook chief financial officer David Ebersman said while unveiling the plan with city officials at Menlo Park City Hall.

“One of our priorities as we rebuild the campus will be to make it a fun place to be. We are in this for the long term,” Ebersman said.

Facebook expected to begin moving employees to the new campus in June and intended to eventually have all of its workers there.

Facebook started this year with about 2,000 employees, two-thirds of whom live in the San Francisco Bay area and work at the online social networking star’s headquarters.

A smattering of employees from Oracle, which bought Sun in a multi-billion-dollar deal completed last year, will be vacating the Sun campus to clear the way for Facebook.

Facebook did not disclose financial terms of the real estate deal but Ebersman said it has a 15-year lease on the former Sun property with an option to buy it after five years. Sun completed the campus in 1994.

The buildings will renovated to be more open, eliminating inner walls and cubicle spaces in keeping with a company culture of collaboration and interaction among employees, according to Tenanes.

“We have a very open work environment – no cubicles or walls – to maximize information interaction between employees; unexpected conversations and the free flow of ideas and energy,” Ebersman said.

Facebook will also bring with it cherished sections of graffiti-covered walls cut-out of its initial headquarters in downtown Palo Alto as keepsakes when it left two years ago for a larger space in that city.

Facebook has maintained the tradition of personalizing walls with graffiti, but opted for removable panels in the current Palo Alto space.

Tenanes envisioned a long courtyard at the heart of the cluster of buildings being turned into a play on a European street scene where workers could exchange ideas in an outdoor social scene.

“The most important thing is to bring together motivated people to build products and services,” Ebersman said.

The shift to nearby Menlo Park is less disruptive to current Facebook employees and keeps the company centrally located in Silicon Valley where it can “attract and retain talent,” according to Ebersman.

Google, Apple, and Yahoo! are among the many technology firms with headquarters or offices located a short distance from Menlo Park.