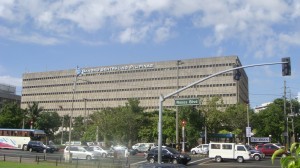 MANILA (Mabuhay) – Inflation may quicken this month due to higher costs of electricity, fuel, and food, the central bank chief said Thursday.

In a text message to reporters, Bangko Sentral ng Pilipinas Governor Amando Tetangco Jr. said inflation may settle between 3.8 to 4.7 percent in December.

The projection is faster than the actual November inflation number of 3.3 percent, a nine month high.

Tetangco said it sees faster inflation this month “given higher electricity prices, increase in fuel prices and lingering price pressures on some food commodities as a result of Typhoon Yolanda.”

The Supreme Court on Monday, however, issued a stay order preventing Meralco from implementing the rate hike for 60 days amid stiff public opposition to the increase. But then over half of Meralco customers were already billed with higher charges.

Meanwhile, prices of kerosene and gasoline were raised several times in December.

The rise in consumer prices remains arrested. Inflation only averaged at 2.8 percent in the 11 months to November, prompting the central bank to say that it will miss its 3 to 5 percent target.

Benign inflation in 2013 allowed the central bank to keep the key policy rate, which is a benchmark to banks’ loans, at 3.5 percent. This fueled lending and business activities, which in turn stoked economic growth.

Tetangco assured the central bank it remains on its toes in guarding price stability.

“Going forward, the BSP will remain vigilant in monitoring price pressures to ensure price stability conducive to a balanced and sustainable economic growth,” he said. (MNS)