Father Can Sponsor Son He Never Knew He Had 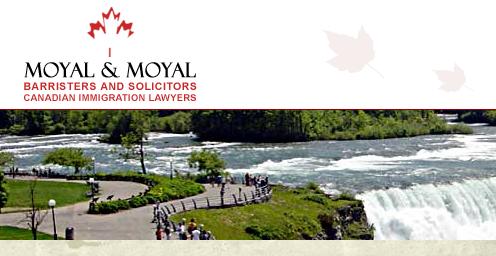 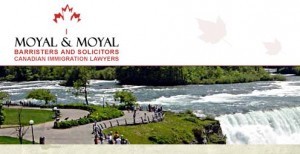 Q. I have a complicated and complex case. I became an immigrant in the year 2006. I was sponsored by my mother who was working in Canada for many years. In 2006 I came to Canada with a brother and a sister. We were all single and students at the time. Before coming to Canada my girlfriend at the time was planning to work in Saudi Arabia and we had a short relationship in 2005. She went to Saudi Arabia and I went to Canada. We lost touch until a few years ago when she found me on Facebook and informed me that she got pregnant in 2005 and did not tell me. My son is now seven years old and he looks just like me. I married my girlfriend this year and I want to bring them both to Canada. I am afraid I will be in trouble if I tell them that I had a child before coming to Canada and be accused of misrepresentation. What do I do?

A. Your case is actually not so uncommon. I have handled such matters before and it is very plausible that you had a child and the mother did not inform you of the child. It is possible to sponsor your son despite the fact that you were not aware of his existence. The application must however be documented extensively in order to overcome the misrepresentation hurdle.

Q. If a person is living in the USA without legal status can they still apply for permanent residence? Can they undergo the medical test in the USA? What about police clearances?

A. Assuming you are qualified and assuming you file properly, you can indeed file an application in the USA when you have no status and do a medical and obtain police clearances without legal immigration status – all within USA.

Q. I have lived in Brampton for the last 5 years. I originally entered as a contract worker but my visa expired. I then met a woman and we married. We filed the application with the help of a consultant but I think it was filed at the wrong immigration office. I was told that my illegal status would not matter so I am confused as to why it is taking so long for immigration to process my visa after so many years. When I called them they told me the file is in Manila and that I should contact the embassy. I am confused because I am in Canada so why should I contact Manila? I am afraid to ask anyone for help fearing the embassy will hold it negatively against me that I am seeking a second opinion.

A. You need to obtain professional help right away. Whether you call it a second opinion or not, it seems to me that you are not aware of what you have filed and you need to find out from Canada Immigration as to what stage your immigration file is at. In my opinion, you are not getting a second opinion. You are actually getting a first opinion because any assistance (or lack thereof) from the consultant you hired is counted as zero. I am further confused as to your fear that the embassy would regard obtaining getting professional help as a negative thing. In my opinion, the embassy should be pleased to deal with a professional to relay pertinent information. Since your case has taken more than a few years it is likely that an interview was scheduled and you did not attend. On the other hand, if you were not under removal proceedings then I find it baffling as to why your application was sent to Manila instead of filing the application inside of Canada. It seems quite obvious that there are pieces of the puzzle missing and getting a second opinion would be the best thing to do at this point in the hope of salvaging the application.

Q. I want to apply to be an immigrant of Canada with my daughter. I’m a medical lab technologist with years of experience. I believe I am qualified. The problem I am facing is with my wife and child. We are not divorced. I cannot locate my wife who needs to give me consent to divorce or to permit me to immigrate with my daughter alone. I cannot obtain a divorce because I do not know my wife’s address. I seem to be going in circles trying to comply with all the requirements.

A. It is indeed a problem that seems to be common. The fact is that if you are not divorced or annulled then your wife is considered to be a family member – like it or not. As a family member she must be declared on your application, she must complete forms, she must undergo a medical and provide police clearances. Another fact is that you will not be able to immigrate with your daughter unless the other parent gives signed/notarized consent. To make things go smooth, I suggest you file for a divorce and obtain sole custody. In that way, both problems are resolved. To get a divorce without knowing her whereabouts may require a motion to the court but is possible.

Q. I’m a live in caregiver in Canada. I have my open work permit. I will be giving birth to a child in Canada soon and I am planning to marry the father of the child early next year. The problem is that my fiancé is a failed refugee claimant. He has not been asked to leave Canada though. If we marry will he be able to remain in Canada?

A. Unfortunately, marrying this individual could potentially jeopardize your application. All those years working as a live in caregiver will be lost. You may get refused and no one would be an immigrant. I am saying this because one of the requirements for you to become an immigrant under the live in caregiver class is that no dependant must be inadmissible or have an enforceable removal order. If you marry, your spouse is your dependant and he has enforced removal order. Either not marry or have spouse leave Canada. In rare situations it may be possible to marry and then discuss the predicament with the immigration officer who will advise when indeed spouse must leave.

Attorney Henry Moyal is a certified and licensed immigration lawyer in Toronto, Ontario.

The above article is general advice only and is not intended to act as a legal document.