ALTHOUGH attorneys take an oath upon admission to the bar to zealously advocate on behalf of their clients, I have heard an overwhelming number of stories in which potential clients depict their attorneys’ actions and statements in meetings as completely adverse to their cause. Instead of listening with empathy and compassion to a prospective client’s story on initial consultation, the attorney criminalizes the prospective client, accusing him of various immigration violations for which the attorney will attempt to extract an obscene fee. The attorney goes on to boast about the size of his office and past (usually long-past) accomplishments in further effort to justify the exorbitance. This type of conduct and “fee gouging” is completely unethical. Immigration clients who are paying high fees due to their “immigration violations” and braggadocio should always seek a second opinion from qualified counsel.
People with immigration matters choose to have an attorney represent them for a variety of reasons. Sometimes, the reason is simply for convenience in not having to deal with the Governmental bureaucracy, even though the case itself is not complicated. In other cases, the client knows that his case is complicated; maybe he has a criminal history, entered the United States under an assumed name, or has been out of status. In these cases, hiring an attorney may very well be the smartest thing the client could do. The attorney’s job, however, is not to brag about the size of his office or condemn his prospective client for past indiscretions in an effort to extract a higher legal fee. This unethical fee gouging cannot be tolerated.
In an initial consultation, the Attorney must correctly identify the issues and rules, and then apply the facts of the case to the rules. This is the only logical manner in which to reach a valid conclusion regarding the outcome of the case. Proper legal method requires that an attorney spend the time with the client to gain a complete understanding of the facts, and analyze the case. Obviously, if the client has committed am immigration violation, for example, immigration fraud, the client knows he has broken the law. That is the reason the client is seeking counsel. There are waivers available under the law to rectify these types of situations, which do not necessarily require a great deal of legal work and time to obtain.
The attorney’s job is not to criminalize the client for his immigration violations. Some attorneys even take it upon themselves to create the appearance that the client has committed immigration violations, in order to justify charging a fat fee, or to hide the attorney’s bald ignorance or legal ineptitude as to the real issues in the case. Relying on a representative’s so-called “reputation” or “experience” while the attorney is obviously blowing things out of proportion is a huge mistake. The client will not only spend way more on attorneys fees, but will often end up in a worse position with his immigration problem than he started with!
Whether a client has a real immigration problem or is seeking the advice of an attorney to avoid the hassles involved in dealing with a bureaucracy, he should always ask another qualified attorney for his opinion. A client approaching an attorney with his serious immigration problem should not feel like he is on trial for the case for which he is seeking the attorney’s help, or someone who the attorney is trying to impress, rather than aid. A client who “stand accused” or “in line for the show” is usually about to be gouged by the attorney, who preys on the client’s insecurities as to his immigration problem.
Daniel P. Hanlon has been practicing Immigration and Nationality Law exclusively since his admission to the California State Bar in 1993. Mr. Hanlon is the founder of Hanlon Law Group, a P.C. He has argued many important immigration appeals before the United States Court of Appeals for the Ninth Circuit, and successfully challenged INS rulings in the United States District Court for the Central District of California.
Mr. Hanlon’s experience spans several years, and covers a broad range of immigrant and nonimmigrant visa petitions, including those for working professionals, multi-national managers, treaty-traders, investors, athletes and entertainers. Mr. Hanlon also has vast experience in all family-based Petitions and in labor certification applications under both Department of Labor-supervised recruitment and Reduction in Recruitment methods.
Over the past several years, Mr. Hanlon has tried thousands of cases in Immigration Court involving Requests for Asylum in the United States, Cancellation of Removal, and Waivers of Grounds of Removability.
Mr. Hanlon graduated “With Distinction” from the University of Michigan at Ann Arbor in April 1988, with a Bachelor of Arts degree in English. In May 1993, Mr. Hanlon graduated from Loyola Law School in Los Angeles. He is a member of the American Immigration Lawyers Association, of which he sits on the Investors Committee. Mr. Hanlon has also appeared as a speaker before the Los Angeles County Bar Association, Immigration Section, on the 1996 immigration law amendments. Hanlon Law Group, P.C. is headquartered at 225 S. Lake Avenue, Suite 1100, Pasadena, CA 91101, tel: (626) 585-8005, fax: (626) 585-8595, website: www.hanlonlawgroup.com, email: visas@hanlonlawgroup.com. â– 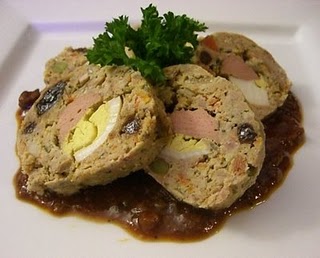