A retiree who was recently attacked by a white man while he and his wife were walking in a park in Cerritos last Saturday (June 5) seeks the help of bystanders who might have witnessed the aggression.

In a video call with Weekend Balita, Cesar Echano narrated that the incident happened at about 11 a.m. at the Don Knabe Community Regional Park.

Echano and his wife were walking around the park’s fishing lake when they encountered the suspected racist.

The suspect, about 5 feet and 11 inches tall, was wearing a black shirt and a dark colored jeans when the Echano couple chanced upon him.

Echano thought that suspect was mischievously smiling at them when they saw him.

For no reason, the man allegedly mouthed invectives at Echano.

Echano said his wife warned him not to reply to the provocation.

The couple kept on walking for about 10 minutes until they reached the parking area.

As Echano sat on the car’s passenger’s side (as it was his wife who was driving their car) the suspect suddenly appeared by the side of the vehicle and punched him.

Blood gushed out from a cut that opened on Echano’s eyebrow. The man continued his aggression against Echano but the wife, Ruth, was able to drive the car away.

The wife parked in a safe place in the park and called 911. In a few minutes, paramedics provided Echano with first aide while the police searched for the suspect who was able to flee.

Echano later checked in to a hospital.

Echano, who was at his home during the interview, said that while he did not see people around them during the attack, he was still hopeful that someone saw the incident and that someone would be able to give information to authorities about the identity of his attacker. 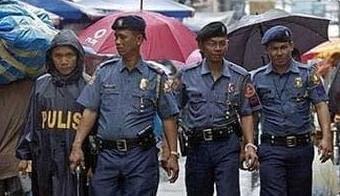