Filipino Chamber of Commerce of Hawaii is headed to PHL 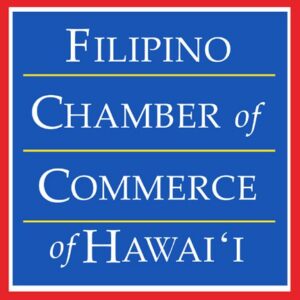 The Filipino Chamber of Commerce of Hawaii (FCCH) has announced that more than thirty business executives from Hawaii are headed for the Philippines for its 25th Trade Mission to the Philippines scheduled for February 7 – 17, 2015.

Co-heading the delegation will be Hawaii Lieutenant Governor Shan Tsutsui and Honolulu Philippine Consul General Gina Jamoralin.  Accompanying the delegation is County of Kauai Mayor Bernard P. Carvalho Jr.  The delegation represents a diverse group of business interests such as Anacleto “Lito” Alcantara, President & CEO of Group Builders Inc. (general contractor in the construction business for the past 30 years), Jon Matsuoka, President & CEO of Consuelo Foundation (implemented the Typhoon Haiyan Disaster Response Project in the Philippines called project H.O.P.E. which stands of Haiyan Operations for Protection and Empowerment), Joey Alcantara, President of First Pacific Builders (Guam based contracting company),  Patrick O’Brien, Chief Executive Officer of Security Resources (leading security systems integrator in the Pacific Region with offices in the Philippines) and Vernon Wong, SVP and Manager of First Hawaiian Bank (Certified Financial Planner) to name a few.  Also, joining the delegation is James Handsel of the Rotary Club of Kapolei Sunset who is the club services committee chairman (initiated the Book 4 Kids Project to ship books to the Philippines).

This will be the second time Hawaii Lieutenant Governor Shan Tsutsui will be leading a trade mission delegation.  “As I experienced in 2013, the trade mission allows us to foster relationships with the Philippines and its people in order to facilitate current and future business dealings.  I believe that during the upcoming trip we will continue to learn from each other’s knowledge and experiences, which will strengthen our ties with the Philippines, improve our visitor industry, and help grow business relations,” said Tsutsui.

Philippine Consul General to Honolulu Gina A. Jamoralin, who assumed the post in July 2014, fully supports the trade missions, which, according to her, will open doors for greater interest and more business and trade opportunities for enhancing the partnership and building on the synergy between the Philippines and Hawaii.

In a statement issued by County of Kauai Mayor Bernard Carvalho Jr. he stated:  “We look forward to this incredible opportunity to build upon our cultural and economic ties with the Philippines through a direct connection with the President.  We greatly value our sister city relationships in the Philippines, and see this as a way to expand upon those connections to our mutual benefit.”

FCCH President Paul Gaerlan Alimbuyao (Vice President & Manager of First Hawaiian Bank) indicated that this year’s mission theme is “Strengthening business links with the Philippines” to recognize the various business opportunities that Philippines can offer.  According to Paul the visit will also be a great opportunity to share Hawaii’s experiences in hosting the APEC Summit in 2011 considering that the Philippines will be the host country for the 2015 APEC summit.  He further mentioned that particular emphasis of this mission will be on developing relationships to foster the positive exchange of ideas around these principles.

To achieve these goals, the trade mission will be visiting major cities in the Philippines that are experiencing tremendous economic activities and emphasis on renewal and green technology namely:  Manila, Camarines Norte (Labo and Daet), Cebu City and Palawan.  Most recently the last two cities were included in the nine places chosen as possible venues when Philippines will be hosting the 2015 APEC Summit.

Since its establishment in 1954, The Filipino Chamber of Commerce of Hawaii has served as an effective voice of the Filipino businesses in Hawaii and provides leadership in promoting Hawaii’s business community through its programs and activities by:  broadening opportunities for Filipino entrepreneurs and member businesses, strengthening business links between Hawaii and the Philippines, assisting in the professional growth of its members and supporting the well-being of the community. Details about the chamber and its activities may be found at its website: http://filipinochamber.org/

5 ideas to help you realize your hidden beauty

Audi’s smarter way to own a car