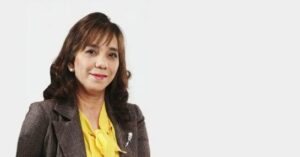 Commissioner Heidi S. Mendoza as Undersecretary General of the UN’s Office of Internal Oversight Services (OIOS). Ms. Mendoza is the first Filipino ever to be appointed as Under-Secretary General in the UN Secretariat. (photo image courtesy of http://www.gov.ph/)

MANILA (Mabuhay) — A Filipino has been given the go-signal to lead the United Nations Office of the Internal Oversight Services (OIOS) for a five-year non-renewable term.

The Office of Internal Oversight Services is the internal oversight body of the United Nation. Established in 1994 by the General Assembly, the Office assists the Secretary-General in fulfilling his oversight responsibilities in respect of the resources and staff of the Organization through the provision of audit, investigation, inspection and evaluation services.

Mendoza has been with the Philippine Commission on Audit since 2011. She is the chairperson of the Audit Committee on Public Sector Auditing Standards Board. She briefly took over as head of the commission after the retirement of chairman Grace Pulido-Tan.

The UN press statement described Mendoza as a certified public accountant with over 20 years of service in government specializing in audit, investigation, fraud examination, anti-corruption and integrity advocacy. 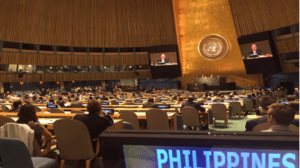 She was consultant for the Presidential Anti-Graft Commission and Transparency Group, Office of Presidential Chief of Staff (2003-2004) as well as Team leader, Fraud Audit Division Special Audit Office, Internal Control System and Audit (1996-1998). She was also a consultant for the Asian Development Bank (2008-2010) and the Australian Agency for International Development.

She was also an Accounting and Internal Audit Expert for ALTAIR-European Commission, Local Government Procurement Specialist for the World Bank, Manila (2006) as well as corruption prevention course module writer with the USAID Rule of Law Effectiveness Project (2006-2007).

Mendoza made headlines in 2011 after her explosive testimony before Congress on the alleged misuse of military and United Nations (UN) peacekeeping funds.

She is regarded as an expert in fraud audit investigations in government transactions. She resigned from the COA in 2005 and had worked with the Asian Development Bank before appearing in the congressional probes.

Mendoza is a reserve officer in military, with the rank of lieutenant colonel.

She also finished a master’s degree in national security at the National Defense College in 2003.(MNS) 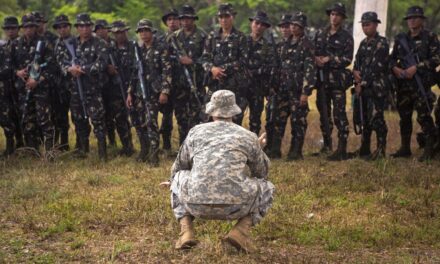