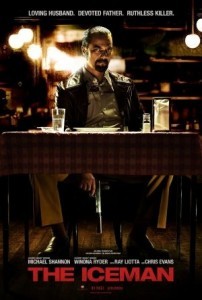 (Relaxnews) – A first trailer was unveiled for Ariel Vromen’s latest feature film, as the thriller is currently featured at the Venice Film Festival.

The IcemanÂ relates the true story of one of the most notorious hitmen in US history, Richard Kuklinski. Cold-blooded killer as well as loving family man, Kuklinski started off his “career” as a teenager, murdering homeless people for the sake of getting the mob’s attention.

Its release date hasn’t been made public yet. After Venice, the film will be presented at the Toronto Film Festival.

Xian: On being Kim’s Mr. Right