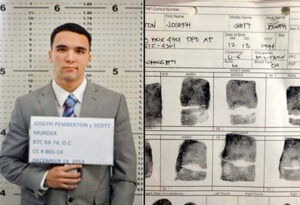 Delos Santos told reporters in Olongapo that court records will prove there is no truth to accusations from Laude’s lawyers that she was the one who pushed for the plea deal in exchange for a lesser crime of homicide for the respondent, US Marine Joseph Scott Pemberton.

Roque said the Laude family has “consistently rejected” the offer.

“The death is attended by cruelty, abuse of superior authority, and treachery. We want to see Pemberton’s conviction where he will be sentenced to a lifetime imprisonment rather than 12 years or 20 years in prison with the possibility of a release and a possibility that it will be spent in the US,” Roque said.

He said he and his team will ask the Department of Justice (DOJ) anew to replace Delos Santos. He said Delos Santos’ alleged actions meant “there is no guarantee for the Laude family that the prosecution will remain steadfast to proceed with a conviction for murder.”

He said he can always take the issue to court if the DOJ decides to stick to Delos Santos.

Delos Santos said it is only the public prosecutors who can directly control the case.

Roque said, “the victim can’t be ignored in a criminal case.”

The Visiting Forces Agreement provides that the trial of a soldier involved in a criminal case will have to take only a year.

The prosecution was given a chance to present evidence and witnesses starting today until June 30. They have 27 witnesses and 10 reserve witnesses.

The defense’s schedule, on the other hand, is on August 3 up to September 22. They have 10 witnesses, including Pemberton himself and his mother.

The Olongapo trial court will hear the case on Mondays and Tuesdays every week. (MNS)

Shopping for a New Home?Check Out the Kitchen